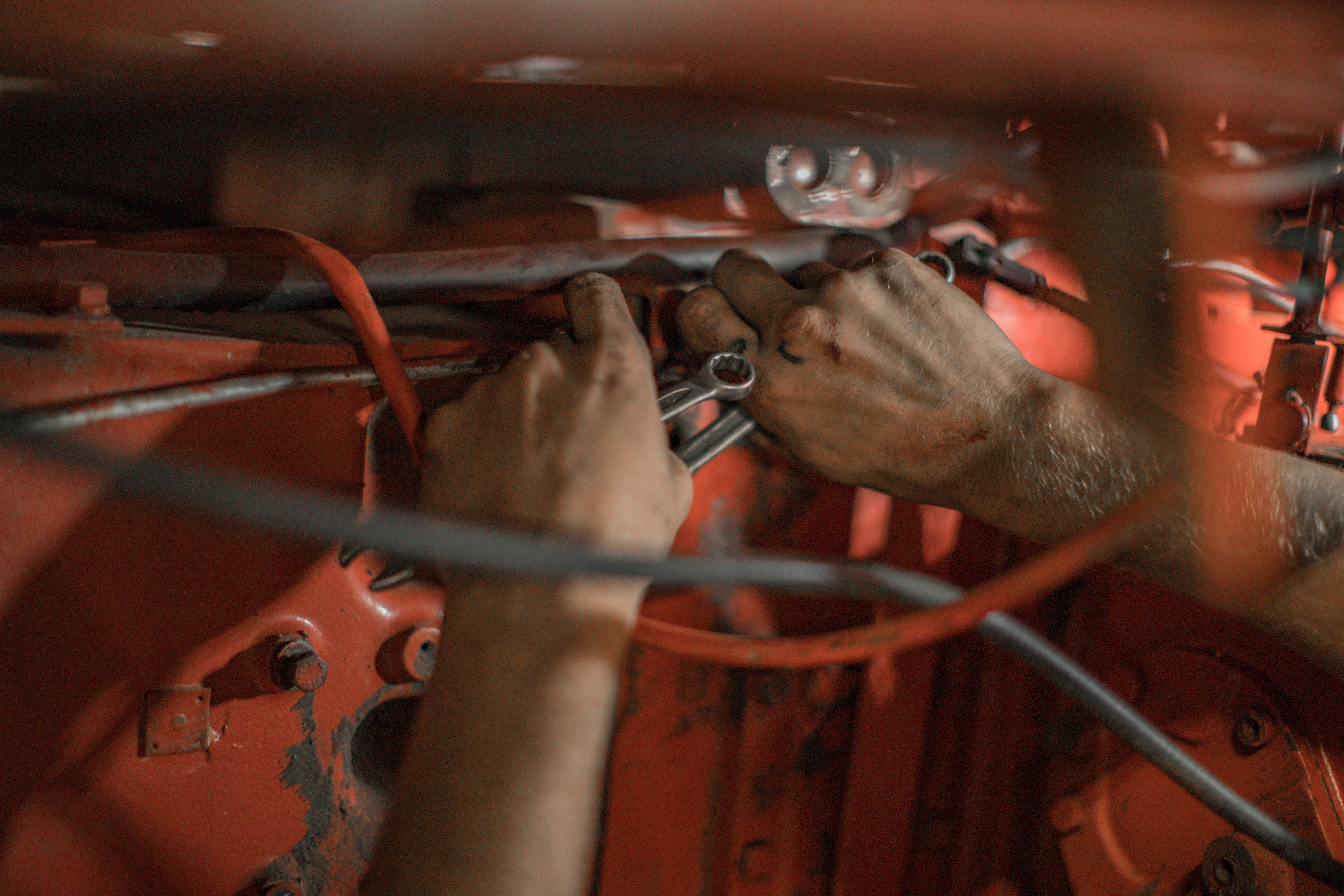 What vehicles can I expect to work on as a heavy vehicle mechanic?

Not only that, but there is also the opportunity to work on other support equipment including generators, compressors, excavators and more. So, if you are interested in working as a heavy vehicle mechanic, read on to find out what types of vehicles you can expect to work on at M&E Global.

Working at the forefront of defence

One of the best things about contracting with M&E is that mechanics have the opportunity to work on a huge variety of equipment. British mechanics are often limited to working on British equipment, whereas contracting overseas gives you the chance to expand your knowledge and experience. In fact, with the heavy vehicle mechanic roles available at M&E, you could even find yourself working with highly specialised US equipment and high-tech tracked vehicles without having to join the army.

So from M1 tanks to Challengers, Humvees to Bradley Fighting Vehicles, you could have the opportunity to work on a variety of exciting equipment at the forefront of technology. Here are just a few examples...

It is driven by a Perkins-Rolls-Royce V8 Condor engine through a four-speed automatic gearbox and is capable of a road speed of 46 miles per hour. Importantly, the Warrior has the speed and performance to keep up with a Challenger 2 main battle tank over the most difficult terrain as well as the firepower and armour to support infantry in an assault.

Warriors provide excellent mobility and survivability for the infantry - and as such, they are an incredibly exciting piece of machinery for mechanics to work on.

One of the key visual recognition features is the armoured housing for the TOGS thermal gunsight above the gun barrel, as opposed to the Challenger 1 which has it at the right-hand side of the turret. The Challenger 2 is also equipped with a L30A1 tank gun and armed with a L94A1 EX-34 chain gun and a L37A2 machine gun.

With a four-man crew, it has a maximum road speed of 36 miles per hour and is a fine piece of machinery for expert, skilled mechanics to work on.

The Bradley Fighting Vehicle is a fighting vehicle platform of the United States that entered production in 1981 and is an integral part of the US Army’s Armoured Brigade Combat Team. The Bradley Fighting Vehicle is designed to transport infantry or scouts while providing covering fire to suppress enemy troops and armoured vehicles and was developed largely in response to the Soviet BMP family of infantry fighting vehicles.

Designed to serve as both an armoured personnel carrier and a tank destroyer, one specific design requirement was that it should be as fast as the then new M1 tank so they could maintain formations while moving. All Bradleys are also amphibious.

The M1 tank entered US service in 1980 and replaced the M60 tank which had been in service for two decades. It is one of the most advanced defence vehicles in the world and serves as the main battle tank of the US Army and Marine Corps.

With a sophisticated 1,500-horsepower gas turbine engine, M1 tanks are highly mobile and can travel from 0-20mph in seven seconds, safely reaching up to 40mph on good terrain. What’s more, with a six-speed automatic hydrokinetic transmission, it can be driven precisely and effectively.

The M1 is often compared to the Challenger 2, which is a third-generation main battle tank (MBT). Both are constructed of strong armour - considered the best in the world - and are equipped with top of the range armament. As a result, to work on an M1 tank, you need to be a highly skilled mechanic with experience of working on heavy vehicles.

Humvee is a nickname for HMMWV, which stands for High-Mobility Multi-Purpose Wheeled Vehicle. It is used across the world, though its largest market is in America where it is used extensively by the US Army, having first entered service in 1989. The Humvee is a four-wheel drive military tactical vehicle built on a steel frame and made and designed to drive on harsh terrains.

Powered by a V8 diesel 6.2 litre engine, it has a top speed of 70mph and can be modified in a wide variety of ways to make it suitable for a number of military uses, making it integral to the US Army. In fact, there are around 15 different variations, from ambulances to troop carriers and each Humvee contains 44 interchangeable parts - which means that mechanics need to be able to work quickly and effectively.

If you have the right experience and are interested in working with exciting, technologically advanced machines, consider a contract role as a heavy vehicle mechanic with M&E. The contracts we have to offer at M&E mean you could have the chance to work on different equipment from across the globe and this opportunity to explore new equipment, grow knowledge and meet new people is unrivalled when it comes to career development. It could even open the door to a number of new opportunities in the future!

So, if you’re looking for a new challenge and are thinking about your next step as a heavy vehicle mechanic, our expert team will be happy to help. With more than 20 years of experience, M&E Global are experts in defence recruitment, so you’ll be in safe hands with our capable team. Contact us today to find out more about the heavy vehicle mechanic roles we are currently working on.

What is a Boxer armoured fighting vehicle and what does it do?

Although the Boxer originally entered production back in 1993, it has become especially newsworthy...
Read More