What is an M1 tank and what does it do? 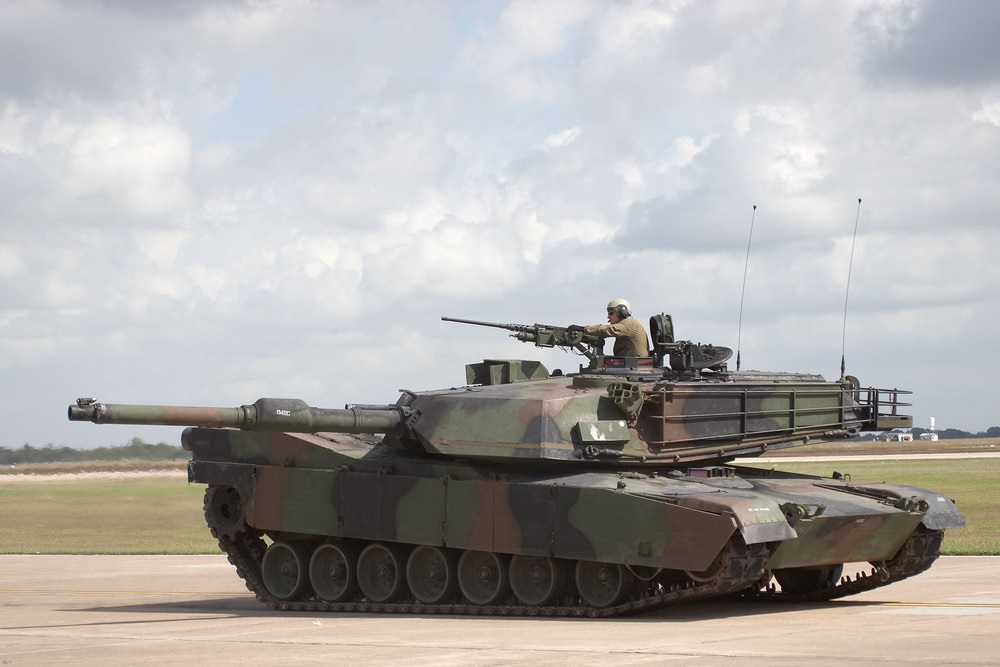 The defence industry has many vehicles that have seen several modifications over time to keep in line with the continual development of technology.

One of the most advanced defence vehicles is the M1 tank which descends from the very first tank ever to be built during World War 1. The M1 is often compared to the Challenger 2, which is a third generation main battle tank (MBT).

Both are constructed of strong armour - considered the best in the world - and are equipped with top of the range armament. In this post, we take a look at the M1 tank, its background, its development and how to get the opportunity to work on one as a heavy equipment mechanic.

The UK developed the modern tank in the early 1900s in response to the rise of trench warfare.

Due to open battlefields and gunfire from each angle, the British and their allies needed an armoured ‘land boat’ to plough through mud, barbed wire, and heavy fire to clear the path for infantry troops. They designed a machine with the following components:


Soon after the development of these early tanks, the opposing side developed their own. Because of this, the machine’s role changed: instead of taking out trenches, today’s tanks serve a wide range of tactical purposes.

Foundations of an M1 tank

With a 1,500-horsepower gas turbine engine, M1 tanks are highly mobile and provide a lot more power than reciprocating engines without adding a lot of weight. Plus, turbine engines are much smaller, so you have more room available in the tank.

Moving faster than other tanks, the M1 can travel from 0-20 mph in just seven seconds, and safely move at 30 mph cross-country with a top speed of around 45mph. The most recent model of the M1 tank holds 490 gallons of fuel, allowing it to go about 265 miles without the need to refill.

And, with a six-speed automatic hydrokinetic transmission, it can be driven precisely and effectively.

Over its 20-year history, the M1 tank has seen several modifications. From the original model in 1983 to the newest version (M1A2), the main changes have been:

The ceramic material can absorb a lot of heat as well as heavy fire, and newer models also have additional layers of steep and depleted uranium that supplement the Chobham-style armour. This is to protect the tank from most missile attacks.

Designed for a four-person crew, M1 tanks require a driver, a commander, a gunner, and a loader. The driver uses a motorcycle-style handlebar to steer that tank and accelerates by twisting a handle grip throttle.

The brake pedal sits on the floor just like a car. The rest of the crew sit in the turret, called the ‘turret basket’. The commander oversees the tank’s operation, using periscopes and a joystick-controlled thermal night vision viewer to look outside.

The gunner targets enemy vehicles and operates the guns, while the loader pulls rounds from the ammunition compartment and loads them into the main gun.

Opportunity to work on M1 tanks

To work on an M1 tank as a heavy equipment mechanic, you need to be highly skilled. With state-of-the-art technology and a modern infrastructure, you’ll need to be an experienced mechanic of heavy vehicles in order to progress onto these tanks.

Many heavy equipment mechanics aspire to work on technologically-advanced machines such as the M1 tank. It’s an exciting and varied job and opens the door to further skilled opportunities.

At M&E, we have a range of different contract jobs for mechanics, some with the chance to work on technologically-advanced equipment like M1 tanks. To find out more about the vacancies we recruit for, don’t hesitate to contact us - we’re always happy to help.

Our holistic approach to recruitment means that we really take the time to get to know you, your skills, and your experience so that we can find a role that’s right for you.